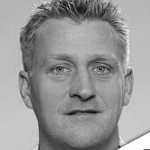 Holger Kessler joined the BGS in 1998 with a degree in Physical Geography and Soil Science from the University of Frankfurt in Germany. For the beginning of his career he was employed as a geological surveyor mapping glacial deposits and landscapes in North Norfolk and Yorkshire. In the early 2000s Holger became involved with a major research project at the BGS developing the capabilities for 3 dimensional geological modelling.

Since then Holger has been instrumental in moving the BGS from a traditional mapping to a modern digital modelling organisation, working closely with stakeholders such as the Environment Agency and the geotechnical engineering sector. His main ambition is to make all BGS data and information as useful and accessible as possible to end users and policy makers in order to make more science-based decisions about the subsurface.